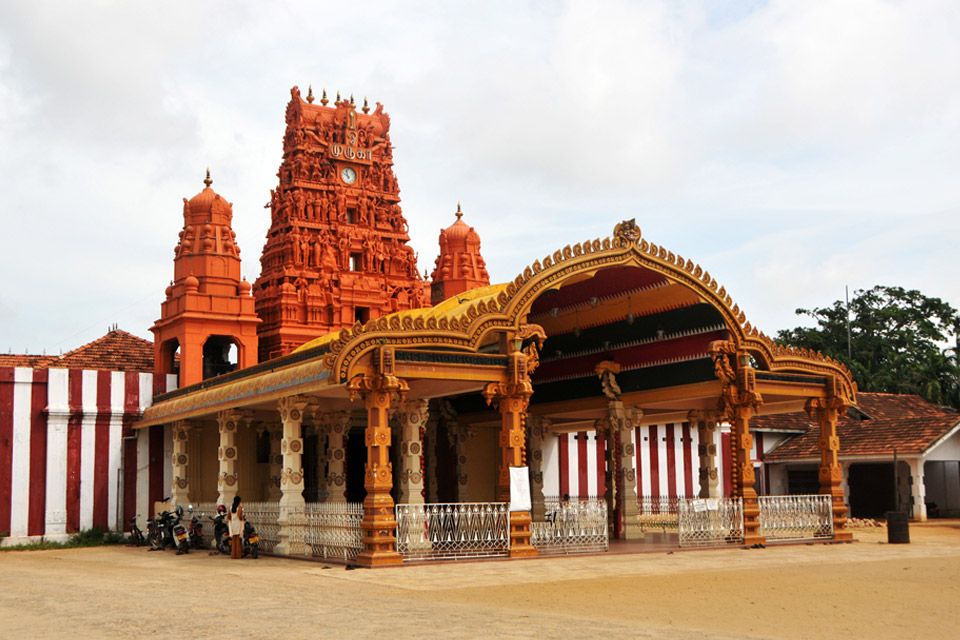 A land of myth, legend, history and one of the richest cultures, Sri Lanka is one of the hottest travel destinations and lures adventurers of all kinds. Perhaps you’re someone who loves the solitude of nature and steady walks through trails. Maybe you love relaxing by the sea with the sun warming your face and a cool breeze caressing your skin. Or, maybe it’s nightlife you crave and a little game of chance at a casino – whatever your thrill is,with the best tourist places to visit in Sri Lanka, this island nation has it all.

Arrive in Sri Lanka. You will be met by our representatives of Shivoy. Afterwards, leave to Chilaw.

Munishwaram Temple: It is believed that Munishwaram predates the Ramayana and a temple dedicated to Lord Shiva was located here. Munishwaram means the first temple for Shiva (Munnu + Easwaran). A Shiva Lingam was already here when Lord Rama visited this place. Lord Rama after his victorious battle left for Ayodhya with Sita in one of King Ravana’sVimanas. He felt he was being followed by a BramhaasthiDosham (a malevolent black shadow) as he had killed King Ravana who was a Brahmin.

Manavari Temple: When the Vimana was passing over Munishwaram, he felt the Vimana vibrating and realized the BrahmaastiDosham was not following him at this particular point. He stopped the Vimana at this juncture and asked god Lord Shiva for advice. Lord Shiva blessed Lord Rama and advised installing and praying at four lingams located at Manavari, ThiruKoneshwaram, ThiruKetheshwaram and Rameshwaram in India as the only remedy to get rid of the dosham.

The first lingam was installed at Manavari about 5km from here, near the banks of the Deduru Oya. At the Manavari Temple, Chilaw Manavari is the first lingam installed and prayed by Rama and till date, this lingam is called as RamalingaShivan. Rameshwaram is the only other lingam in world named after Lord Rama

Trincomalee is a port city on the east coast of Sri Lanka. The city is built on a peninsula, which divides the inner and outer harbours. It is one of the main centers of Tamil speaking culture on the island. The Bay of Trincomalee's harbour is renowned for its large size and security; unlike every other in the Indian Sea, it is accessible to all types of craft in all weathers. The beaches are used for surfing, scuba diving, fishing and whale watching.

City tour: You will be able to visit the famous Konesvaram temple which attracts many pilgrims from all parts of India. It is also known as the Temple of a Thousand Columns. There are several Buddhist historical sites around the Trincomalee. The entrance to the roadway leading to Koneswaram is actually the entrance to what used to be Fort Fredrick. The fort was built in 1623 by the Portuguese. The city has the largest Dutch fort in Sri Lanka. Also, visit the seven hot water wells.

Nuwara Eliya (City of Lights), blessed with salubrious climate, breathtaking views of valleys, meadows, mountains and greenery; Surrounded by hills and tea plantations, the town of Nuwara Eliya enjoys spring-like weather throughout the year. It is also known as “Little England”, which was the favorite hill station of the British who tried to create Nuwara Eliya into a typical English Village. The old brick Post office, country house like hill club with its hunting pictures, trophies and strict formal dinner attire; the 18 hole golf course, horse race course, etc., all remind you of “England”.

Shri Bhakta Hanuman Temple: It was Gurudev's Sankalpa, when he visited Sri Lanka in 1980, to set up a spiritual centre at Rambodha. Chinmaya Mission Sri Lanka, with the blessings of Gurudev, purchased 10 acres of land in 1981 at Wevanden Hills. He named the land "Rambodha". It is situated in the central part of Sri Lanka 3,200 ft above sea level, at a distance of 150 km from Colombo (3 and half hour). It was believed that Sri Hanumanji set his feet in these holy hills when he was in search of Sitaji. Pujya Guruji Swami Tejomayananda consecrated the temple on 8th April 2001 by performing Maha Kumbhabhishekam. This grand temple is now a great monument where the 16 ft idol of Lord Hanuman is the Moola Murti. Vinayakar, Dhyaneshwar and Sri Rama with Mother Sita and Lakshmana are the parivara murtis.

City tour: During the city tour in Nuwara Eliya you will visit the main attractions of the town which include the golf course, trout streams, Victoria Park, and boating or fishing on Lake Gregory. You can also visit a working tea factory where the slow-growing tea bushes of this highland region produce some of the world's finest Orange Pekoe tea. You can also add Seetha Eliya and Haggala Gardens. Seetha. Eliya is a temple which was mentioned in the famous epic Ramayana. Haggala is a temperate hill-country garden where languid low-country lotus and water lily float in their serene loveliness.

Ella is a small mountain village near Bandarawela and boasts three locations linked to the Ramayana where local legend claims Ravana was hiding Sita. First there is the Ravana Ella Cave, located at the massive Ella Falls; a breathtaking 1080 feet high waterfall that cascades into several falls. The rocky undergoes of the waterfall is Khondalite, a kind of limestone which undergoes faster decay as hard gneiss or granite. This has resulted in many caves being formed near the falls. King Ravana is said to have lived in one of the caves above the waterfall. A nearby pool bored out of the rock by the gushing waters is where Sita is said to have bathed Ravana.

Seetha Amman Temple is located approximately 1 kilometre (0.62 mi) from Hakgala Botanical Garden and 5 kilometres (3.1 mi) from Nuwara Eliya. The temple is located in the village of Seetha Eliya (also known as Sita Eliya). This place is believed to be the site where Sita was held captive by (Vikram) king Ravana, and where she prayed daily for Rama to come and rescue her in the Hindu epic, Ramayana.[1][2] On the rock face across the stream are circular depressions said to be the footprints of Rawana’s elephant. Divurumpola.

Kataragama a popular pilgrimage destination frequented by all three religious groups Buddhists, Hindus and Muslims in Sri Lanka. The main shrine devoted to Skanda popularly described in eulogies as God having six faces and twelve arms whose assistance is sought for worldly gain. The history of the shrine dates back to 2 century BC. The annual procession held in July or August is the main event of the shrine with fire walkers and Kawadi dancers.

Kelaniya Buddhist Temple:
Legend: After King Ravana’s death, Vibeeshana was coroneted as King of Lanka by Lakshmana at Kelaniya. There are murals enshrined outside the Buddhist temple depicting the crowning of Vibeeshana. The Kelani River is mentioned in the Valmiki Ramayana and Vibeeshana palace was said to be on the banks of this river.

King Vibeeshana was considered a fair king, as he supported Rama against his own brother’s injustice. Many devotees that visit king Vibeeshana’s shrine pray to him asking his intervention to a fair recourse to their problems.

After Breakfast Transfer to Airport for departure. 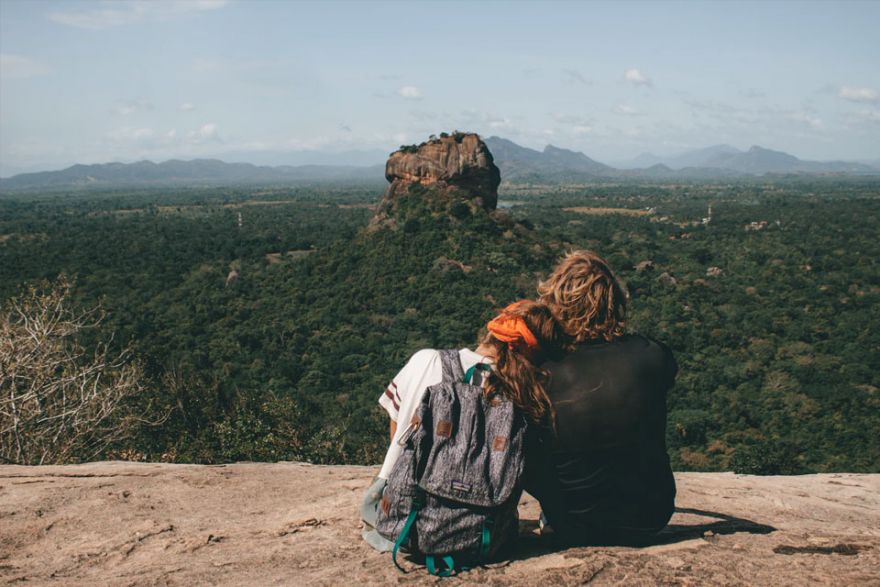 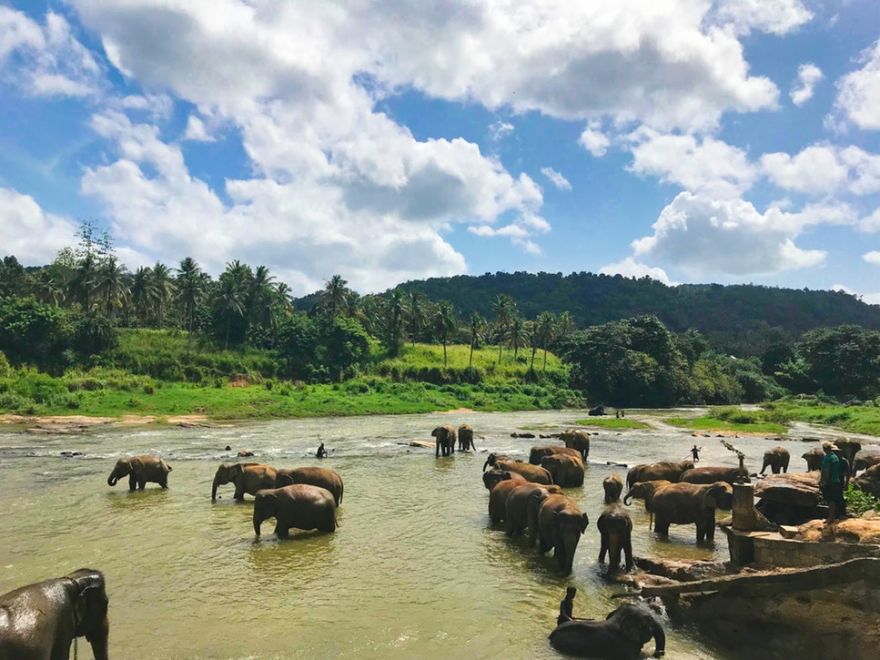 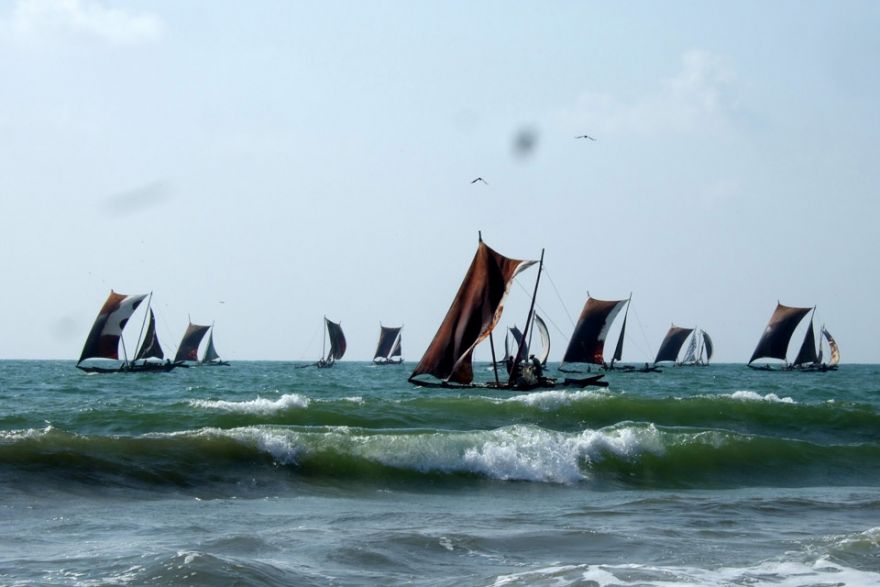